Dave McNamara has extensive experience as a coach, athlete and teacher. With over 100 wins as a college head coach (Anna Maria College) including multiple Coach of the Year awards, McNamara’s teams hold school records for wins along with the only baseball Championship Title in school history (ECAC 2011).  Some coaching highlights include taking an 0-28 team to 21 wins in just three years, followed by seasons with 26 wins and 24 wins, while averaging 22 wins per year from 2010-2013.

Inducted into the Clark University (‘04) Hall of Fame in 2019, McNamara is one of few college athletes anywhere with over 100 career hits in baseball and over 1,800 career points (2nd All-Time at Clark) in basketball. McNamara was an Academic-All American and 1st Team All-Conference player in both sports. As a team-captain in both baseball and basketball, he led Clark to back to back NCAA Elite Eight Appearances in basketball, while earning multiple awards including All-Regional Honors and New England Rookie of the Year Honors.

Along with coaching experience and directing camps, McNamara has been a teacher in Worcester since 2005 and has an MBA from Anna Maria College.  He and his wife, Julie, also own the Vintage Retriever, a home décor/antique shop, in Holden.

Coach Dave McNamara has been running youth baseball camps and clinics since 2009. Mac's Baseball camps focus on providing a positive and fun learning experience for youth baseball players, improving their skills and helping them to gain confidence.  The coaching staff includes Dave and his brothers, Jim and Shaun (see Bio's below) along with local college coaches and players, high school coaches and coaches with professional playing and scouting experience. Our coaches offer expertise in hitting, pitching, fielding and more. 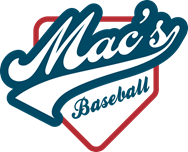 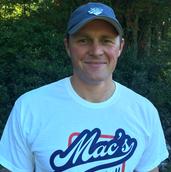